So Cult Beauty recently had an offer on their site that you would receive a goodie bag worth £180 if you spent £125. I had a £200 online basket just chilling and this gave me the motivation to actually purchase it. I’ll be reviewing all the stuff I actually bought at some point, but in the meantime I thought I’d review the goodie bag that came with my giant order. 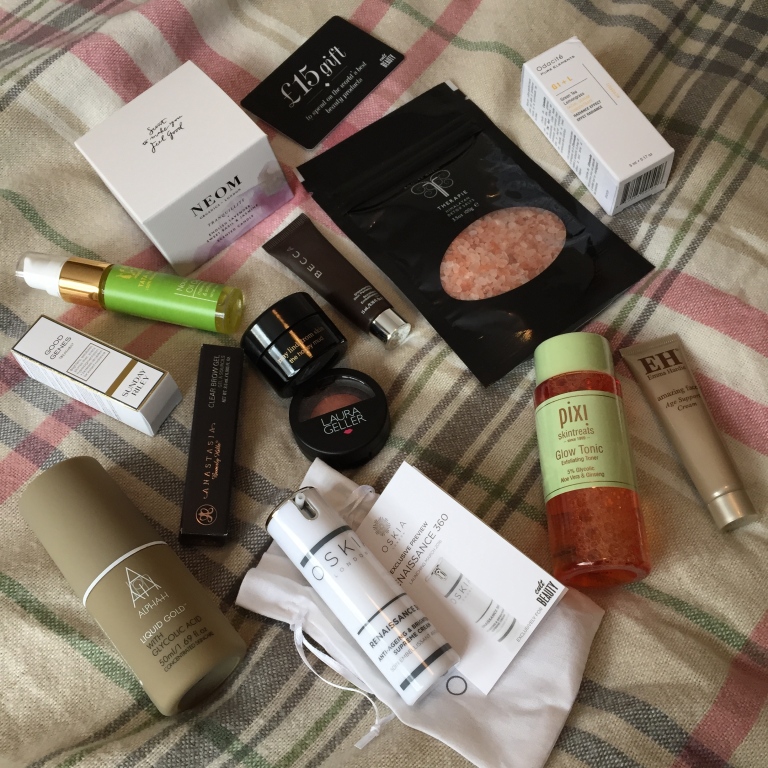 Products that came in the bag, ranked in order most to least favourite and why:

So yeah, in general receiving the big goodie bag of new products to try was more exciting than the actual products. But it was good to get the gift card for my next order, and the travel size of my every day toner. I’ll also definitely be purchasing the ABH brow gel when I’m done with this one. (NB: About two days later on Black Friday, Cult Beauty did an offer that would have got me £50 off my order which is a bit annoying, but the amount of products in the goodie bag practically doubled the size of my order, so my excitement probably outweighed my annoyance at their Black Friday code lol.)

I’ll review the stuff I got from Cult Beauty asap!