One morning a few months ago, I sat with my boyfriend as I made him eat his first ever McDonalds Breakfast. 28 and he had never eaten a McMuffin. What a joyless existence that truly is. His life began to depress me even more once I found out the only place abroad he’s ever been was a weekend in Poland years ago, and if he could go to one place in the World ‘it would be Amsterdam’. I wanted to go too, so less than a month later we had booked our flights. We had the best few days there and stayed in such a nice hotel. So much so that when I instagrammed my holiday pictures I had lots of people asking me for the hotel/restaurant names that we visited, so I thought I’d do a little picture-heavy post on our time there.

Joel left all the booking up to me, so I Internet searched for ages trying to find the best hotel option. I love little boutique hotels, and I narrowed our choices down to three. However, due to us booking quite last minute and the nature of small hotels, two of the three were fully booked up, so we opted for INK hotel Amsterdam. To get there, you get the train from Schiphol direct to Amsterdam Central station then walk down the main high street, cross over through a side street to the right and it’s on the parallel less busy ‘main’ high street. Easy peasy.

INK hotel itself was amazing. Every other hotel we walked past didn’t compare to ours. The hotel is named INK due to it being in the shell of an old printing house, and the decor is all quirky and writing based. For example, there was a hand drawn ‘map’ of Amsterdam on the wall of our bedroom, but if you bothered to read it, it was full of jokes. For two writers it was pretty cool. 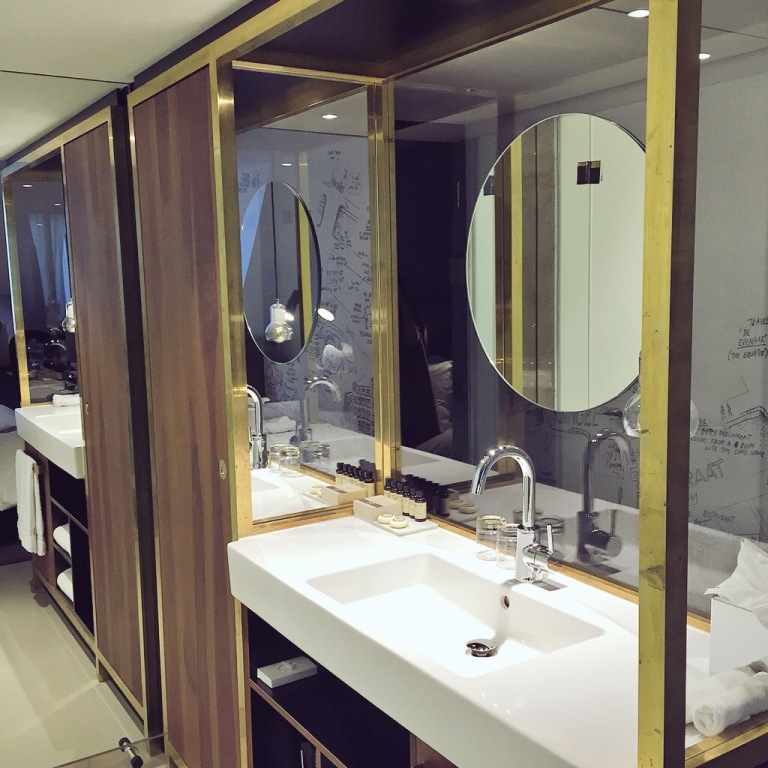 I’m sorry Anne Frank, but I didn’t want to queue for eight hours to see your house.

Instead, we went to the Jordaan District, the Rijks Museum, the Sex Museum, the Cheese Museum (!!!), went around the Red Light District and saw a sex show, as well as just general city exploring and shopping (and eating, but we’ll get to that). The Cheese Museum was a fun free way to spend 10 minutes, and the Sex Museum was actually way more informative and interesting than we expected. The sex show we thought would be funny, but it was a weird mix of local old men (ew) and tourists like us. It just depressed us a bit, one of those ‘do it just to say you’ve done it’ things. 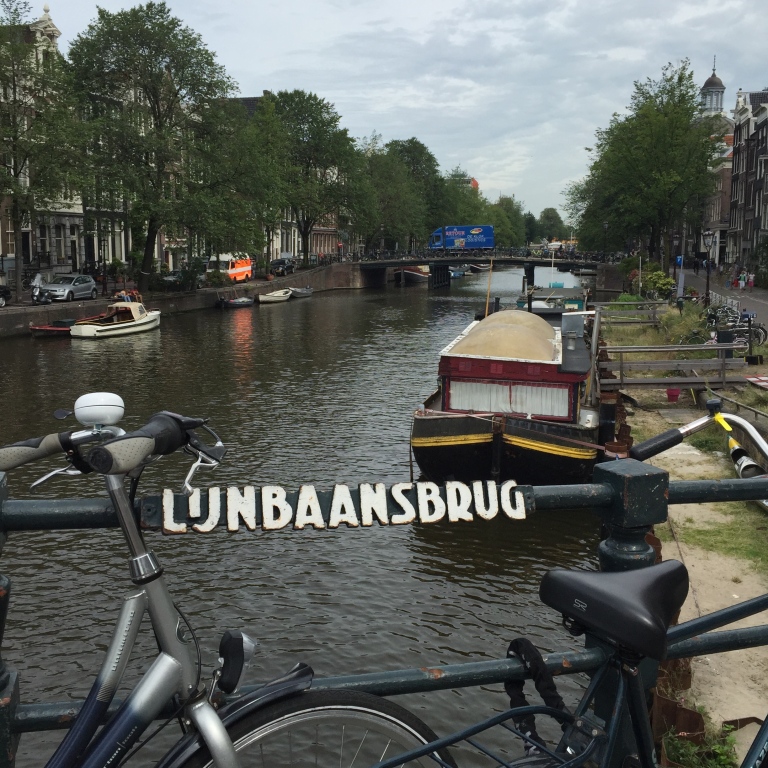 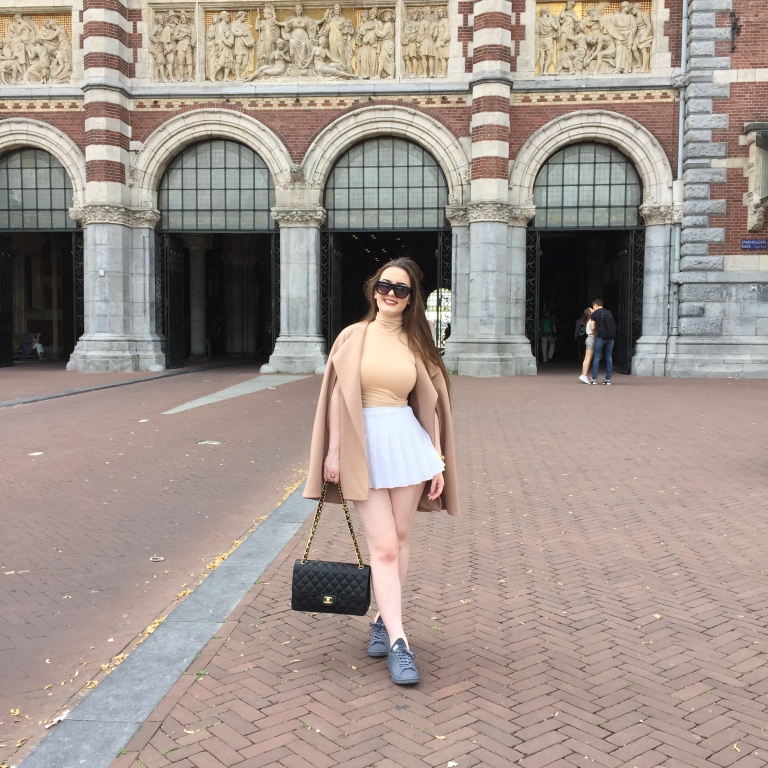 The Big One, WHAT WE ATE:

We ate all the food. What didn’t we eat, is more the question. We were there for a long weekend, and I had visibly put on weight by the end of it.

We had breakfast included every day at the hotel, so we ate three course breakfasts, obv. 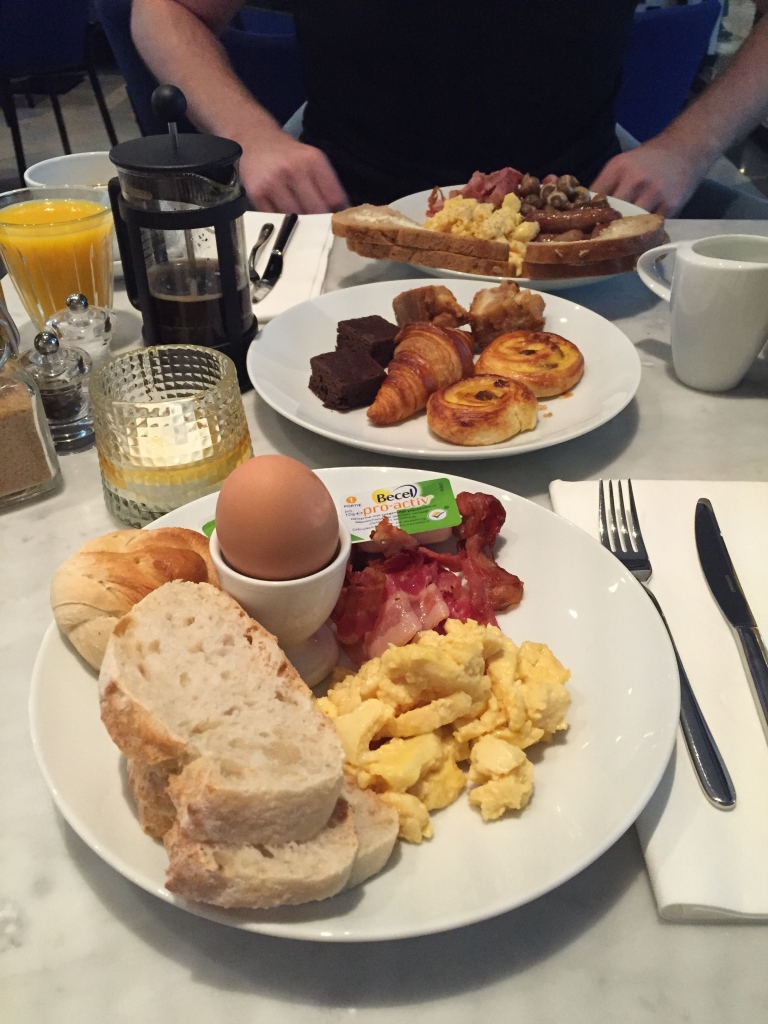 For dinner on our first night there, we had just arrived in Amsterdam and wanted some drinks and snacks. We wandered down into the Red Light District and saw a cute looking bar called Mata Hari. We ordered some bar snacks and were greeted with enough food to feed four people, good bar imo.

One night we had dinner at the restaurant in the hotel, Pressroom. It was amazing oh my god. To start we shared the most amazing Mac & Cheese (we just sat in silence trying to ingest it as fast as possible), then we both had Foie Gras burgers (incredible) and then I had a chocolate pudding and the boy had tiramisu. I can remember what we had exactly due to how good it was. 10/10 recommend to a friend.

Joel had never been to a Hard Rock Café before, and although they’re dated and suck, it was happy hour so I made us go in. Yeah, even in Amsterdam HRCs are still dated and a bit grim. Joel said he felt like it was a Wetherspoons, just with Rihanna’s knickers on the walls. Still, we were hungry and happy hour is always good so it was fine.

Weird thing to take a picture of, but in the Rijks Museum café I had THE BEST BROWNIE OF MY LIFE. As you can see, I had eaten most of it before the photo, soz. 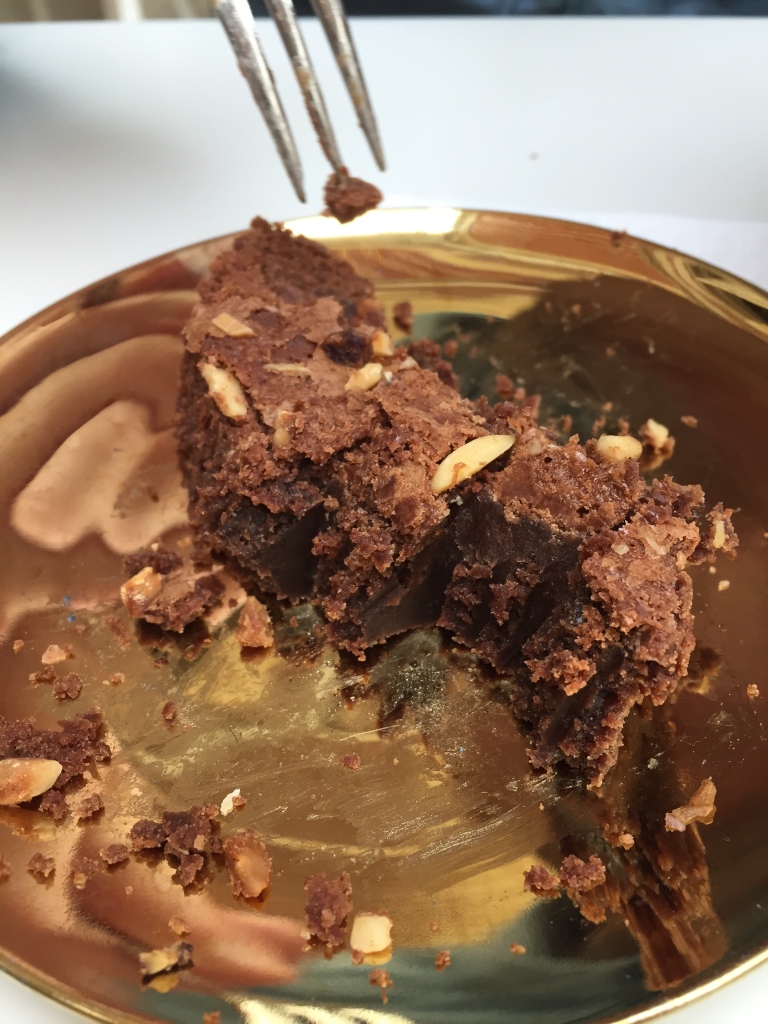 DESSERTS, ALL THE DESSERTS. We ate so many desserts. Desserts became snacks. Hungry? Dessert. Walking around? Dessert? Just eaten dessert? Dessert. Amsterdam is the capital city of desserts.

So yeah, we had a great time and I would go back in a heartbeat. Probably the funnest holiday I’ve been on. Just maybe don’t go to a sex show.
Amelia x